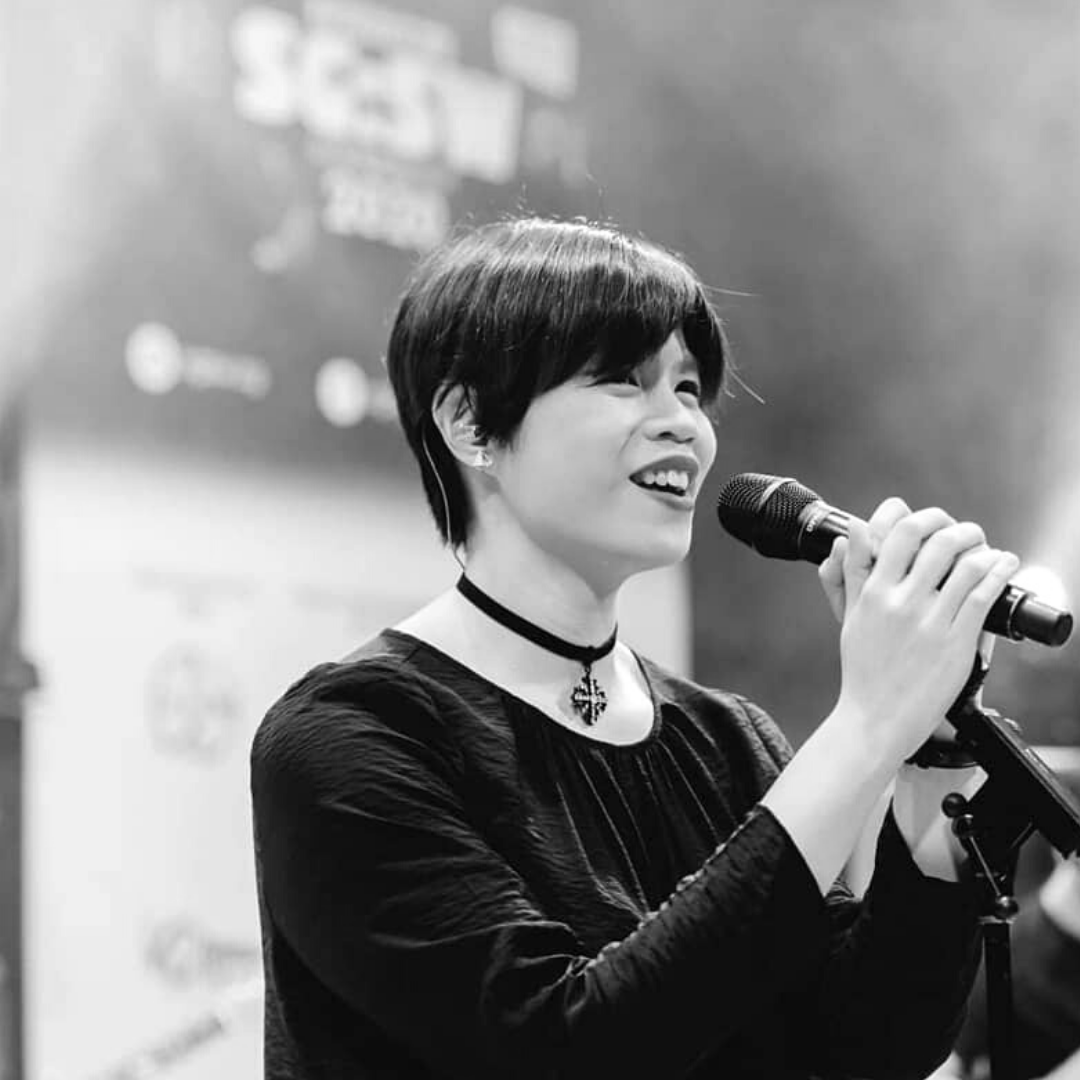 Zuo En is a Singaporean singer-songwriter who wrote her first tune after being inspired by Taiwanese artists Mayday and Cheer Chen. Being fascinated with the emotions that music creates, she weaves them into her quirky songs tastefully, and uses her songs to express her love for sharing her emotions and thoughts. Zuo En released her first original single《幻想》in 2010.

Zuo En has performed extensively in venues such as the Esplanade Waterfront Stage, the Esplanade Concourse, The Arts House, and the Singapore Chinese Cultural Centre. She was a finalist in nation-wide singing competitions “Be A Star 2007”, “Battle of the Dynamic Duo 2008”, and was a Top 7 Singapore PK finalist in “超级星光⼤道5” (“One Million Star”) in 2009.

Her voice has been featured in various songwriting competitions such as the Eco Music Challenge 2011 and 2012, and SG:SW I Write The Songs (我写我的歌) 2019 & 2020, where the song she sang for the finals -《太阳的爱》won the Best Melody Award (2019) and 《累了吗》won Best Performing Band Award (2020) . Zuo En also sang the song “You” on the “My Imperfections” compilation album (2015) by the Yellow Ribbon Project and COMPASS.

Zuo En’s music qualifications in a Diploma of the London College of Music in Popular Music Vocals Performance (DipLCM), Associated Board for the Royal Schools of Music. Grade 6 Piano, as well as a Grade 6 in Yamaha Organ Electone.

In 2019, Zuo En’s original song《单恋》was featured in zaobao.sg ’s《创新声》(Sing Our Song) programme, where it was reworked by veteran producer Jim Lim. 《单恋》was picked up by the “Global Chinese Golden Chart” (流⾏⾳乐全⾦榜) and remained on the chart for five weeks in 2019. The single also made it into UFM 100.3’s 2021 “U1000” (U选 1000) chart, placing in the 237th spot.
Zuo En also released her first original album《zuò》in 2020, and it is available on all major digital platforms.