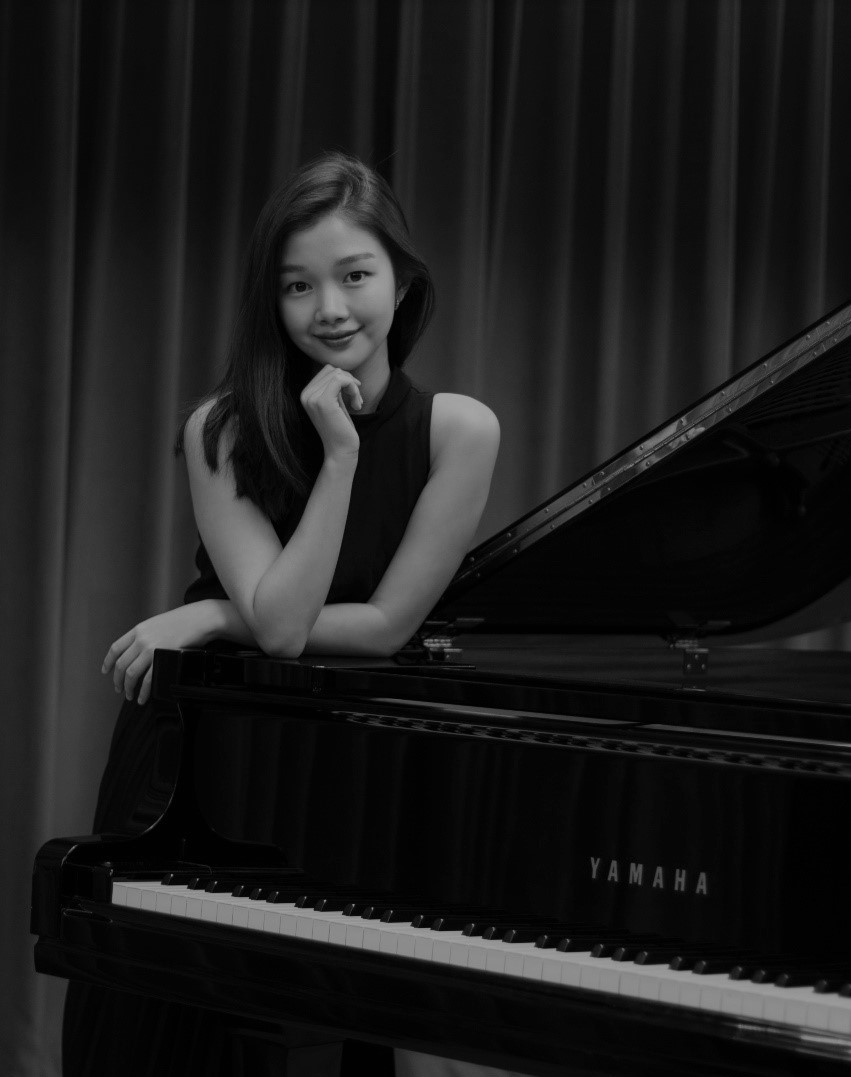 Jessica is a pianist and educator who is passionate about furthering the music and wider arts scene in Singapore. She began her piano studies at the Nanyang Academy of Fine Arts School of Young Talents and secured a Distinction for both her DipABRSM and LRSM in Piano Performance at ages 12 and 14 respectively, under the guidance of SYT’s principal Fang Yuan. She is also a three-time prize winner at the National Piano and Violin Competition in Singapore, and also won awards at the Yamaha Piano Competition and Cristofori Piano Competition.

Jessica was the youngest to be accepted into the Royal Academy of Music’s Bachelors of Music (Hons) programme at the age of 16. A Jean Ginsburg Scholar, she studied under the tutelage of the Academy’s Piano Head of Department, Joanna Macgregor. Besides graduating with First Class Honours, she received the Jacob Barnes Scholarship Prize for Pianists, a scholarship that is awarded to pianists who display creative and illuminating performances at the highest level. She also received the Thomas Exhibition Prize and Greta Parkinson Prize for her academic achievement whilst at the Academy.

Jessica went on to pursue a Master of Arts in Arts and Cultural Management at Kings College London after her Bachelors studies, where she wrote her dissertation on the platforms for expressions of creativity in Singapore

She counts amongst her teachers and greatest influences renowned pianists and pedagogies Christopher Elton, Pascal Devoyon and Stephen Hough, and has concertized in Japan, Taiwan, Singapore, and across the United Kingdom. She is also an avid composer and music arranger – her compositions and arrangements have been performed across Asia and in the United Kingdom.