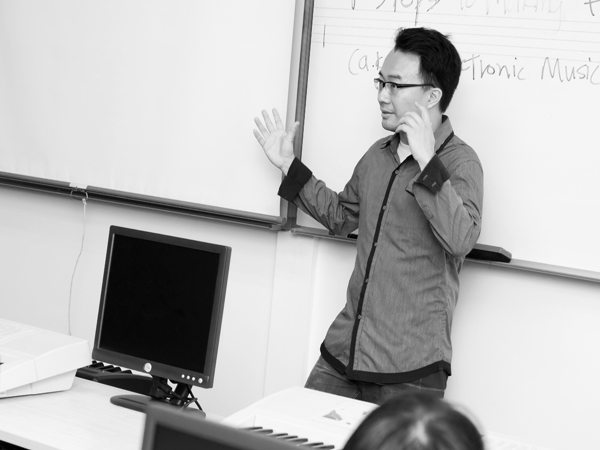 Benjamin is the Music Director of the Electronic Music Lab, the leading facility in Singapore for creating, recording and performing original electronic music. He studied Electronic Music at the Boston University School of the Arts, while at the same time completing his MBA and Masters in MIS.

Recently, he expanded his musical horizon by taking music production courses from Berklee College of Music, while teaching at the Electronic Music Lab, he has composed commissioned works for arts events, scored short films, and produced original electronic compositions for commercial product launches.

He also conducted a public workshop on electronic music at the Singapore Art Museum in 2009, his performance venues have included dance clubs in Singapore ( Zouk), as well as overseas in Indonesia and Hong Kong. Benjamin is a regular DJ for Singapore Dark Alternative Movement Events, where he often plays his own remixes. He is also the producer, arranger and remixer for electronic pop band Cosmic Armchair.